We had been playing with our drummer Ed Spode for years; our first recording with him was for This Comp Kills Fascists Vol. 2, and then we did Corroded, and now Architectural Failures, but with career changes in his life he's moved back to the frozen land of Alaska. Ed's got unique ideas about drum beats and his own style, and it's not going to be the same with him not there behind the kit.

So, thanks to our friends in the band Permafrost from VA, our new sticksman is Ethan Griffiths. Taryn and mine's first show with him will be our record release in VA on December 7. Here's the Facebook event.

We haven't listed the lineup in a long time. For the curious, it is:
Richard J., guitar/vocals
Taryn W., bass
Ethan G., drums

Pre-orders for Architectural Failures as a t-shirt/EP bundle are up at the Disciples of Christ store. The record comes out November 26!

Also, CVLT Nation is streaming Architectural Failures in its entirety at their website.

Pre-orders are live for Architectural Failures at the Disciples of Christ store.

Same goes for a package of three pieces of DOF vinyl: the self-titled mini-album, the Corroded LP, and Architectural Failures here.

Our new music video for a song off Architectural Failures is out now at Invisible Oranges.

It's Fall now in the States - enjoy it, everybody.

Selfmadegod has all three of our records with them on Bandcamp:
Corroded
Split CD with Antigama
Self-titled Mini Album

So our new EP called Architectural Failures is coming out in November. Here's a press release on it.

In lineup news (and we've had lineup news many times over the years since the band started in 2002), Ivan has unfortunately given up the four-string slot in order to move back to his old stomping ground of NYC, but our old bass player Taryn Wilkinson has come back in on bass. Taryn played bass from 2003 to 2010, until she moved to China, but she's back Stateside and it's good to have her in the band again.

We recorded our new EP at Developing Nations and are in the mixing stage. We're getting close to a final.

Also, we played the Decibel Magazine Tour in Philly and it was a total blast!

Lots to report on this time around.

Recording: we're heading back in the studio in April at Developing Nations (where we recorded Corroded) and doing an EP for Malokul.

Live shows: we're playing MACRoCK, in April as well, and in June we're opening the Decibel Magazine 2013 Tour in Philly, PA! You can get tickets here. We're very excited about all of this.

Happy new year!
On this end, we've got three new songs done, and another that needs lyrics. Keeping busy. And we want to point out that our LP of Corroded is still available through us or local VA and MD record stores. We've got links to mp3s from this record and other releases in the Releases section. 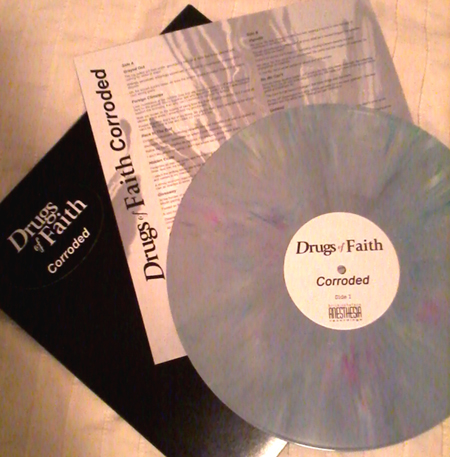