December 24, 2014:
Decibel Magazine put together a commercial to promote their "deluxe edition collector's box," and our flexi is featured!

November 12, 2014:
We've had a dry spell on playing gigs lately, but we've got two booked now and we've been writing some more riffs. It's good to be more active again!

August 17, 2014: Release news update #2:
Our live tape on Contaminated Tones is out now! We got our copies in the mail and are happy. Ordering info is here.

July 14, 2014: Release news update:
Fobofile Productions says at their Facebook page that pre-orders are open for the Godflesh tribute record.

On top of that, Contaminated Tones is releasing a live Drugs of Faith cassette tape, recorded back in 2002 in NYC while we were doing a weekend trip. Ordering info is here, and the tape will be out at the end of July.

May 16, 2014:
Fobofile Productions is putting out a tribute to Godflesh and we have recorded a track for it! Fobofile Facebook page.

>March 31, 2014:
So we're concentrating more on updating our Facebook page since it's quicker. We added a boatload of photos to it too. Please have a look!

February 21, 2014:
Our flexi with the Sacrifice cover is coming out with Decibel Magazine's April issue, #114. But you don't have to wait to hear it, as it's streaming now at MetalSucks with a nice write up from managing editor Andrew Bonazelli. 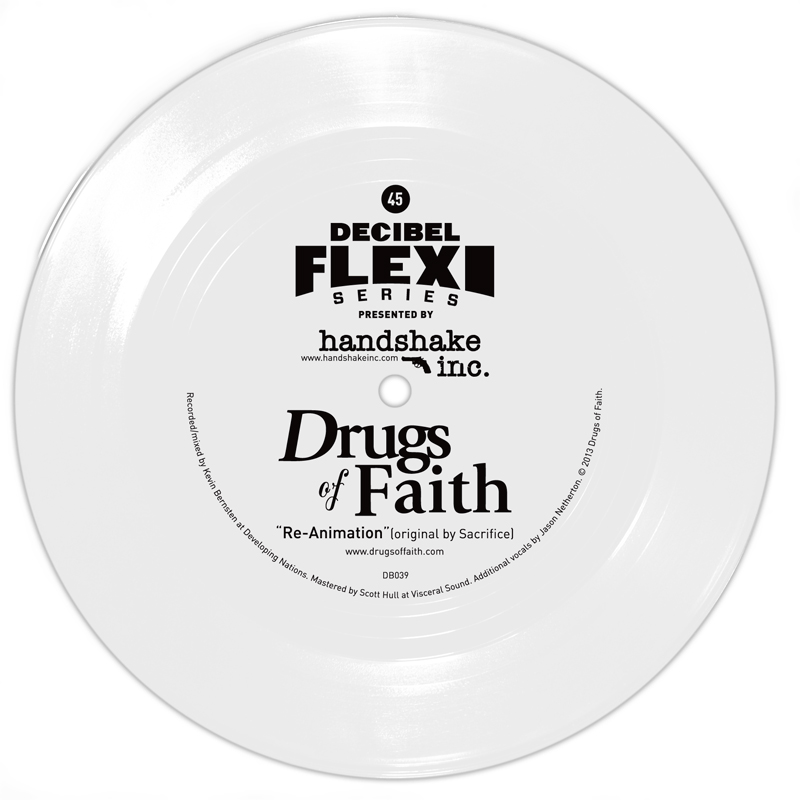 Decibel previously reported that the issue will contain both a Drugs of Faith and a Noisem flexi, but that's not happening anymore. Noisem will appear in the following issue.

February 3, 2014:
When we recorded Architectural Failures, we did a cover of "Re-Animation" by Sacrifice too. Jason from Misery Index did additional vocals on it. Well, that's coming out as a flexi from Decibel Magazine.

Here's the news from Decibel: Subscribe to Decibel by 9am EST on Tues February 4 and your sub starts with the issue containing TWO free flexis - one from Drugs of Faith and one from Noisem: 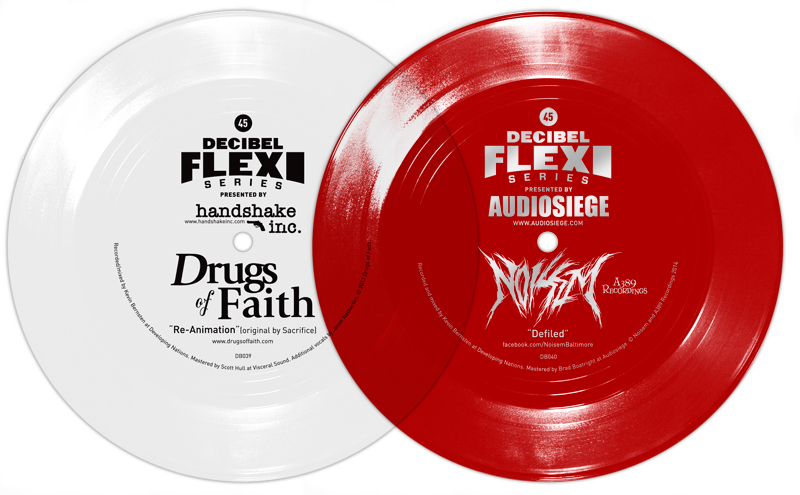 January 21, 2014: Happy new year!
Keeping busy over here. We played a couple of great shows with our friends Suppression, and now we're settling down to writing for our next full-length. Taryn and I have a handful of riffs to sort through, and there's a few drumbeats and riffs threaded together from the last time we were writing with Ed in 2013. So we've got a starting point!